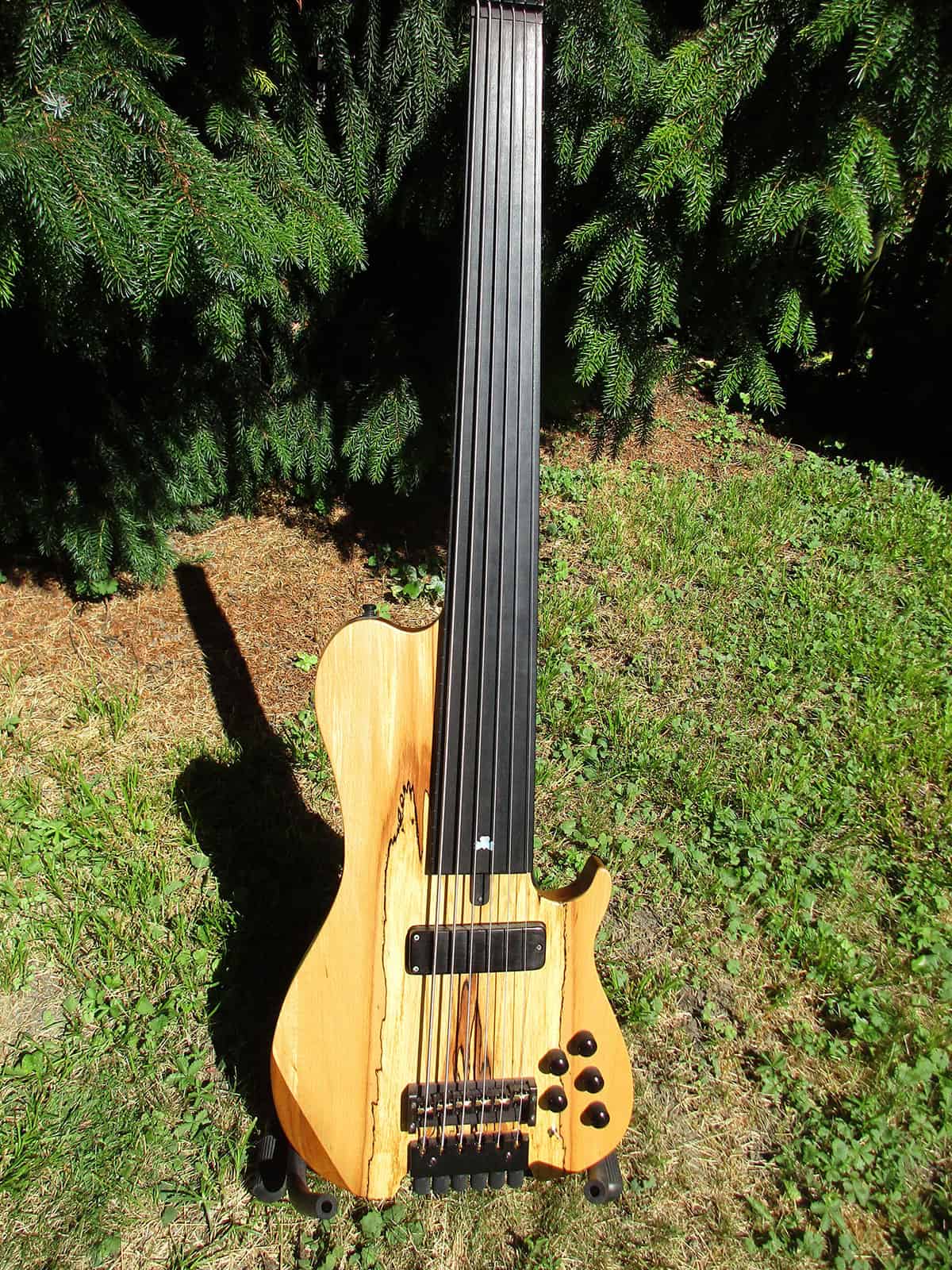 By the 2000s Chris announced a new line of basses, his Singlecuts. The idea came from a very good friend of his and one of Chris’s best customers Del Palmer. This idea inspired me and I’ve sent Chris quite a few of good and bad ideas. He put this into a conspec and offered me to build a headless bass. Headless? I wasn’t sure about it at all, but Chris told he this will be a perfectly balanced bass. Luckily I took his advice and he built a one off bass, loosely looking like the Del’s original design and another one Chris built for a customer. I wanted to have a fretless bass as at this time I only had an Ibanez and a double bass without frets. I wanted the bass to go low and swinging at the same time, that could deliver double bass sound and get itself heard in a bigband. And man, the Singlecut can tear down walls.
Sometimes it gets offended by its looks, but the sound is killer. I like the shape of the bass. There was a blues club owner who told me that I can’t play this on his stage. Don’t you own a Precision? I replied, that I do have a Precision, but he should listen to the Singlecut first. The sound convinced him.

The fingerboard is very wide, I like to play fretless with a lot of force. The neck is asymmetric, all 25 “frets” can be accessed easily and the bass is well balanced.

The bass is fitted with both an Armstrong humbucker and RMC piezos. Chris hat to find a way to fit an ABM block with a custom made ebony bridge and some complicated solutions on the electronics’ side. The original version of the RMC preamp had some issues so we had to find our own way. Some of our suggestions were built into V2 of the RMC preamp. The SC6 has two preamps and a mixing stage. Therefore it uses more batteries than usual and it does not work without batteries.

This bass was also the last one Chris built for me using tropical hardwood – ebony for bridge, nut and fingerboard. The rest is Irish wood. 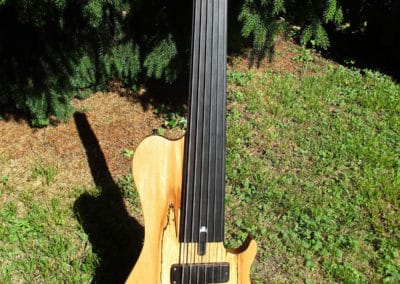 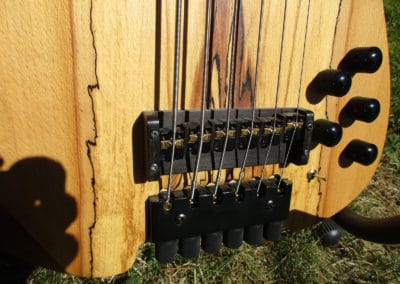 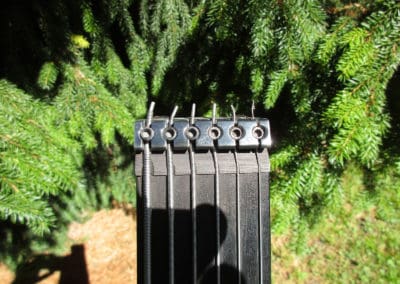 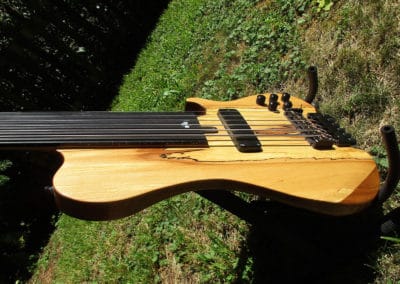 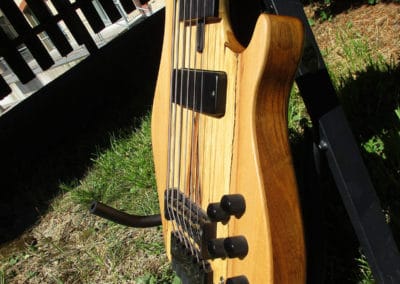 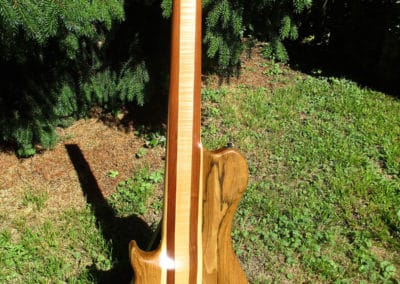 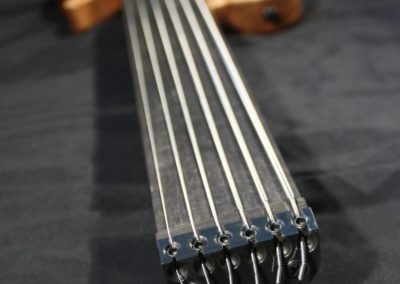 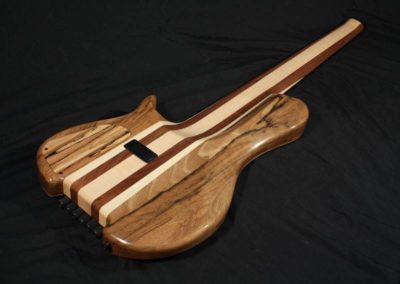 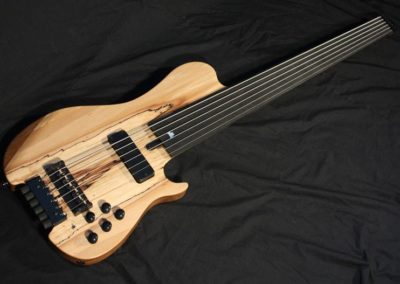