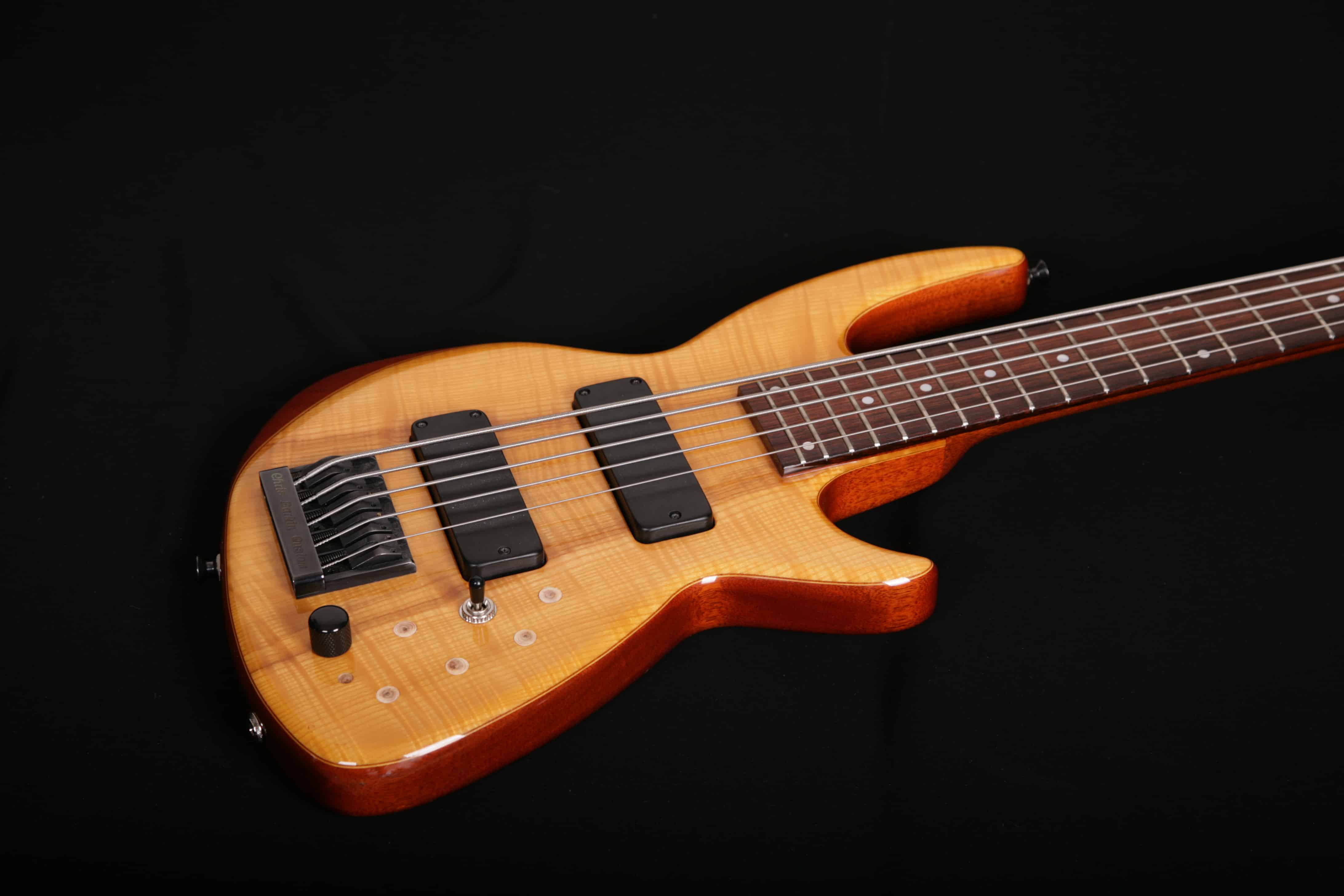 Going into recording in summer 2002, I was looking for a fretted 5-string. Musikhaus Öllerer had one in stock and we agreed on a loaning deal. After two weeks of recording, I realized that I recorded most of the stuff using this bass. I managed to work out a great deal with the guys at Öllerer and had a fretted 5-string from August 19th 2002 on.

This one came quite basic with Citronic circuitry, two Kent Armstrong humbucker and Chris’ 5-way rotary switch. Overlay timber is olive and it got the regular body shapings. During the years I removed the Citronic and switch pickups to P90s with a Les Paul type toggle switch. The plug was moved to the side of the body in 2018. Holes filled with Yew from a branch of the Yew tree in my parent’s garden. 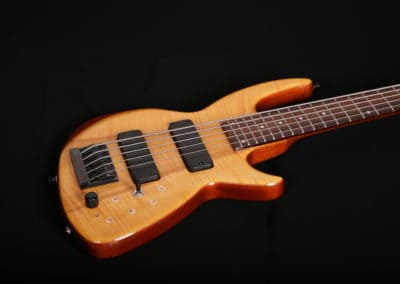 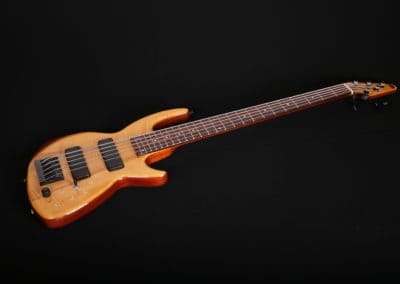 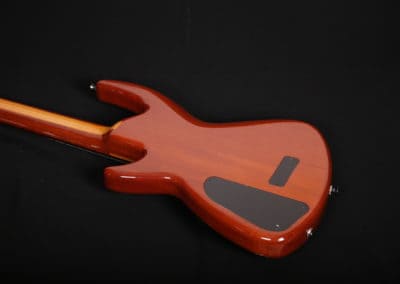 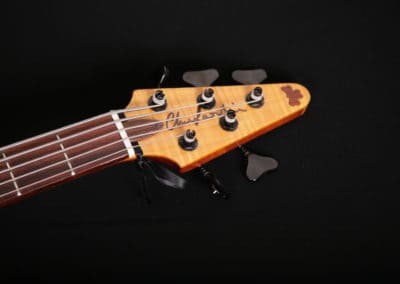 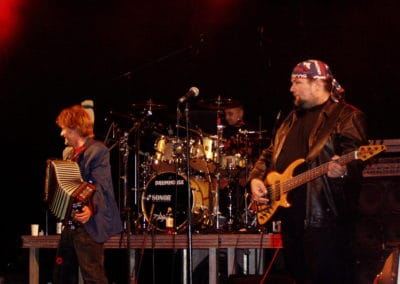 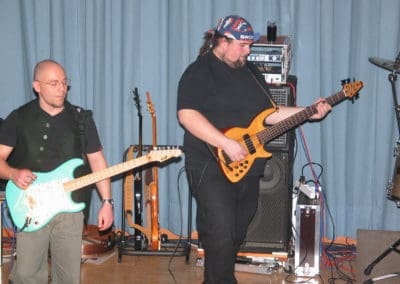 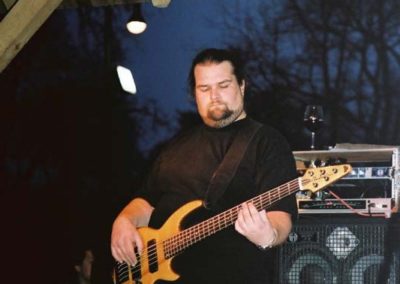 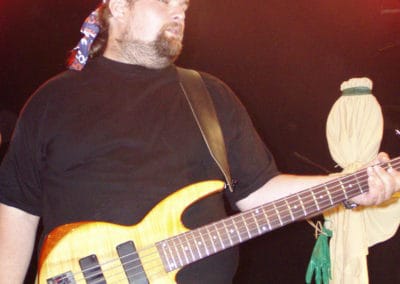 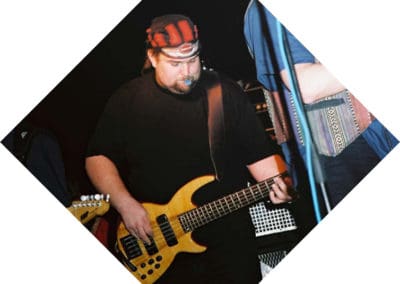