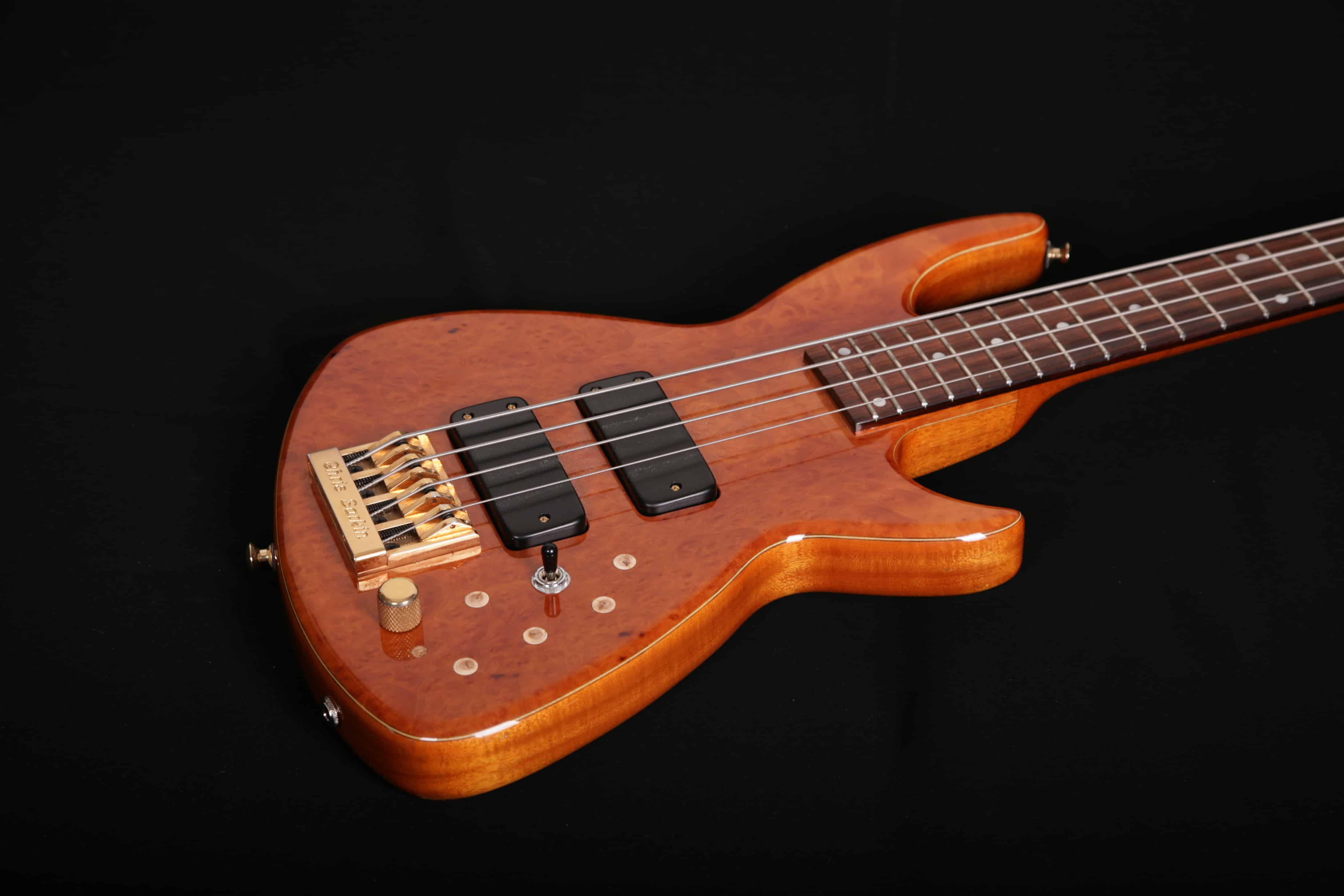 I found this bass on a used list of a Viennese musicshop in 2001. Originally delivered to Musikhaus Öllerer in Freilassing. Overlay timber is Blur Madrone (slab top). It came with its original Citronic active circuitry, Volume, Tone and 5-way rotary switch. I removed the active circuitry and Tone control. The bass was a testbed for inline switching of both humbuckers, so it had all four coils in line then with boost in volume and unfortunately a midrange boost. Humbuckers removed and replaced by guitar P90 with modified dogear covers to fill the routings. Later I got a set of Armstrong P90s in fitting Chris Larkin covers. Rotary switch was replaced by a Les Paul toggle switch and swapped in position with Volume control and the plug moved to the side of the body. Holes from Citronic circuitry filled with Yew from a branch of the Yew tree in my parent’s garden.

The bass replaced a non sounding late 70ies Jazz bass in my live lineup and is used quite regularly with Red Carpet Riders.

The serial number is quite unusual as it was the eight instrument to be started in February 1996 – a busy time then. 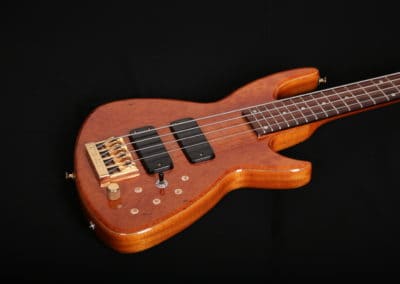 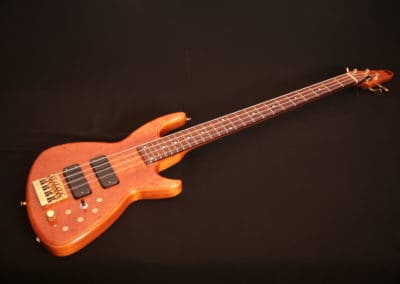 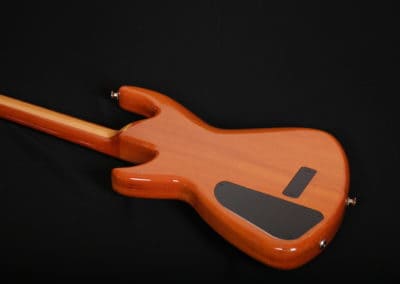 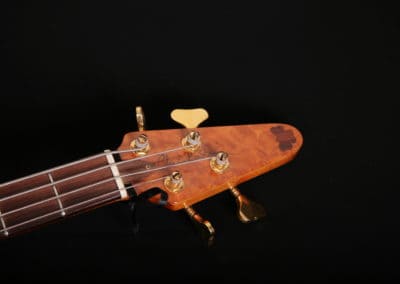 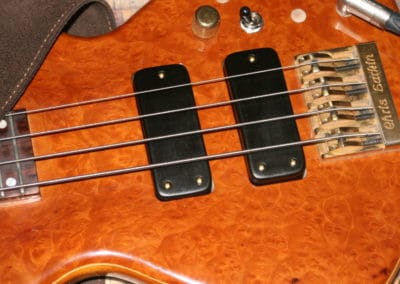 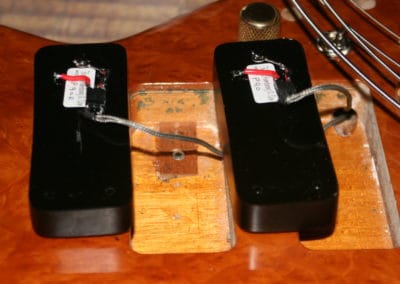 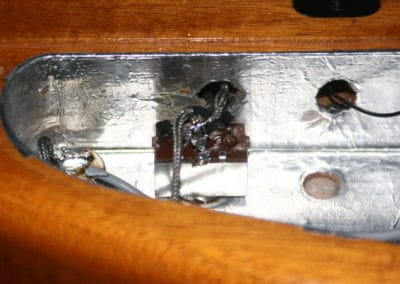 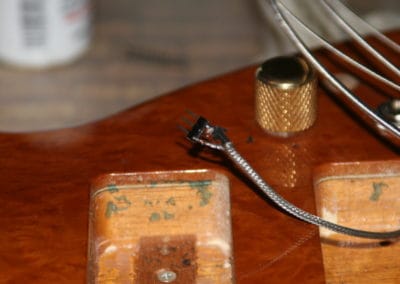 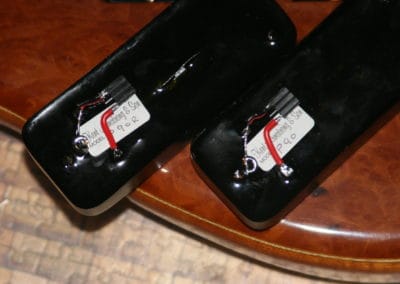 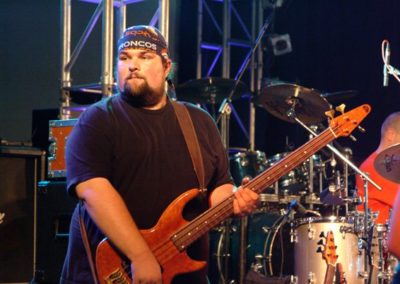 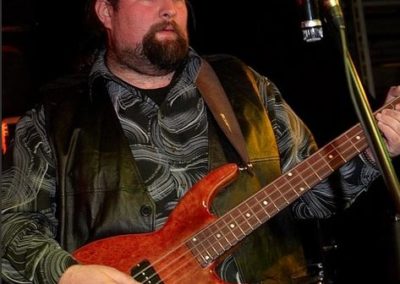