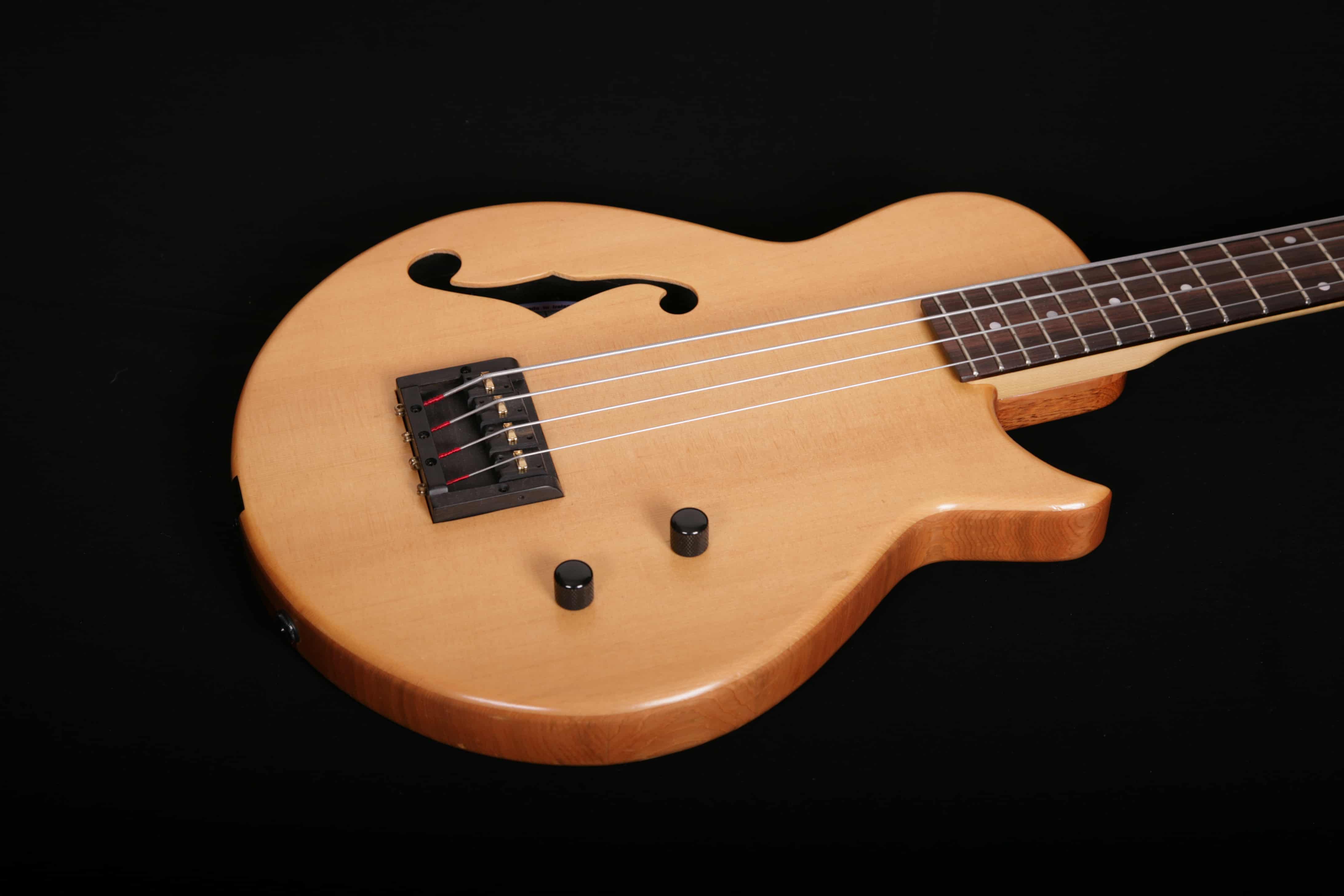 The ASAP DBass was originally built for James Kennedy who was looking for a double-bass sound from a bass he could play seated. I first stumbled across this bass in the fall of 2008, when visiting Chris and he welcomed me at his door with a rough sanded neck, handing this neck to me asking what I think of it. The DBass was also built to be extra lightweight. I was very curious about how this bass turned out, so in autumn 2009 I got in contact with James and I had the chance to try it myself. In early 2010 Chris added some weight to the body for balance reasons and sometimes in 2011 James asked me if I’d like to buy the “double-bass guitar”. I collected the bass during my summer holiday trip through Ireland in 2011.

The bass is used quite a lot with my acoustic bands and sometimes during 2014 I asked for a fretted neck as I do quite a lot of chordal stuff in these bands. Chris built an additional fretted neck for it so this is my only bass with two serial numbers where I can decide to play it fretless (#080901) or fretted (#150302). 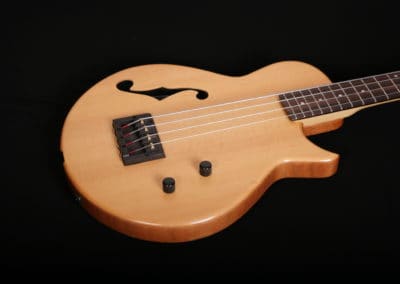 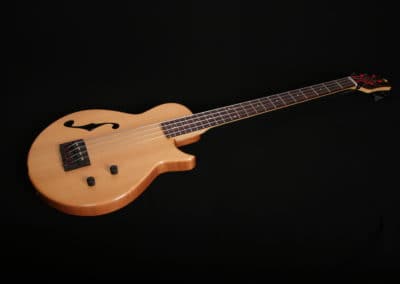 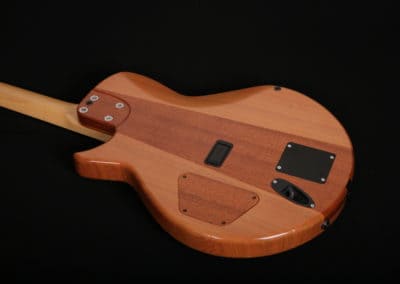 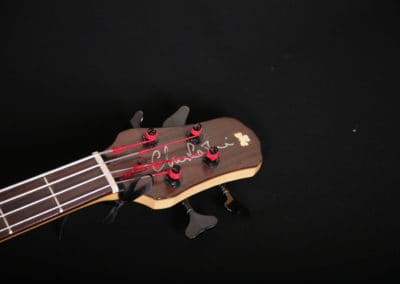 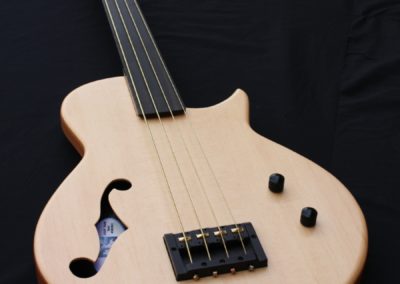 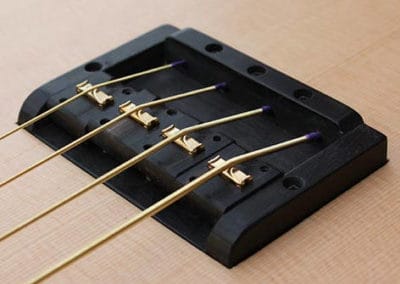 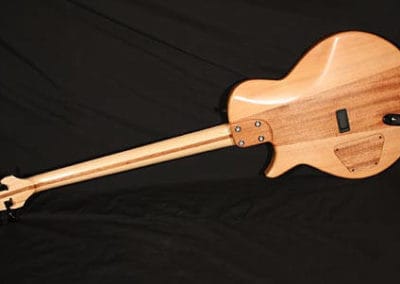 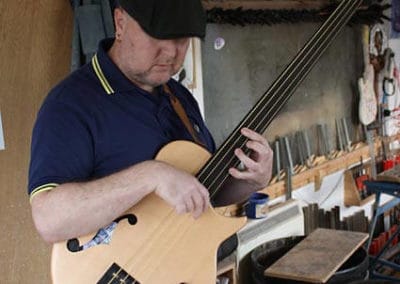 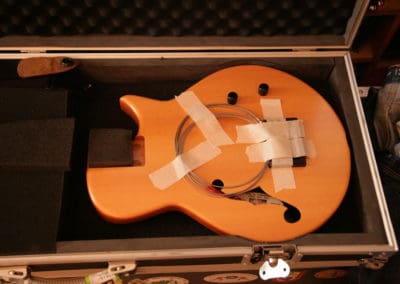 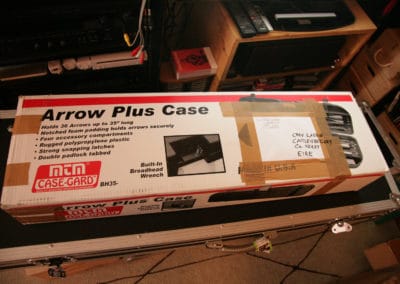 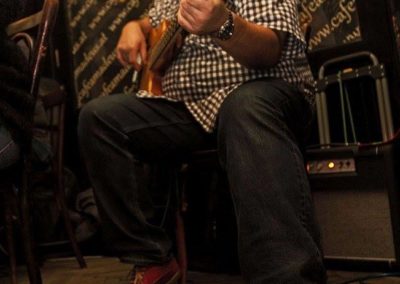 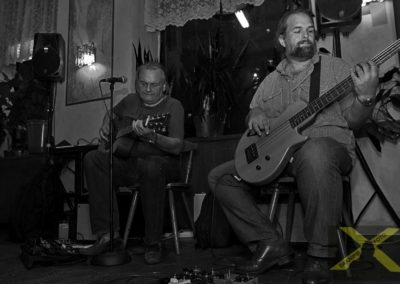 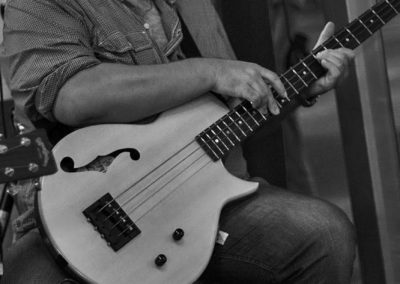 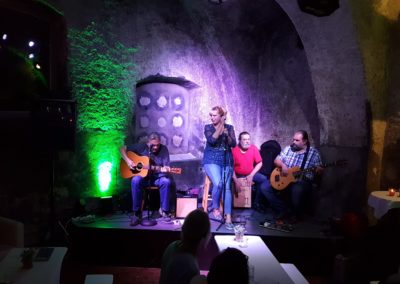 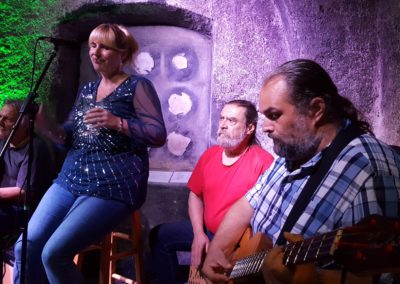 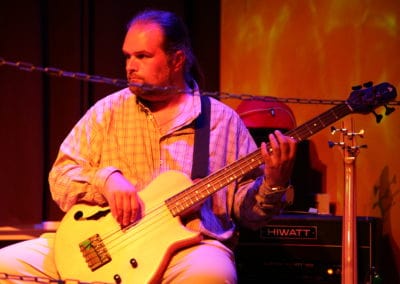 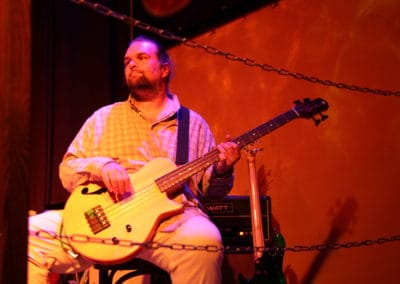