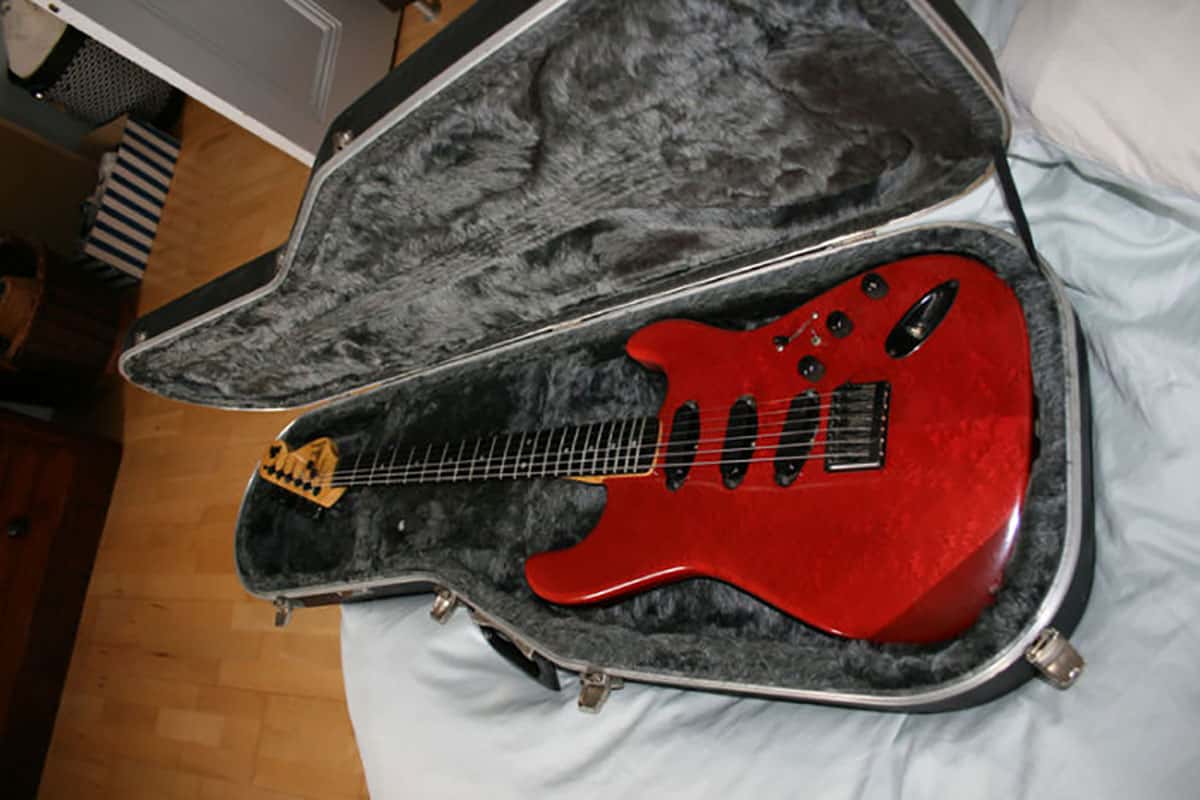 This one’s a short scale Strat type, brass nut, EMGs. Chris told me he used that stamp in the early days when he was making furniture as well as guitars. Shamrock and handwritten signature to the headstock were added by Chris later, when he added a EMG midrange booster. It previously had only chris’s name in transfer lettering. This one was used as the main guitar for many years by former owner John McGarth. 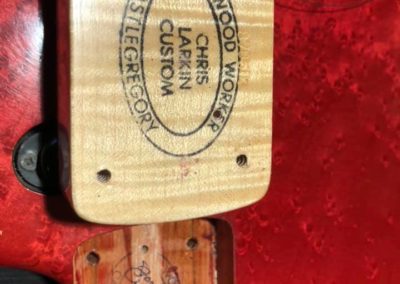 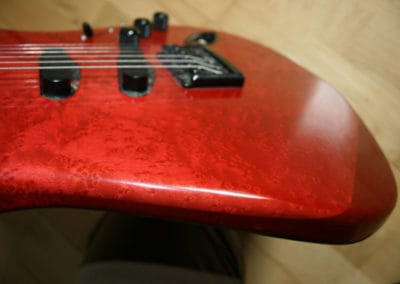 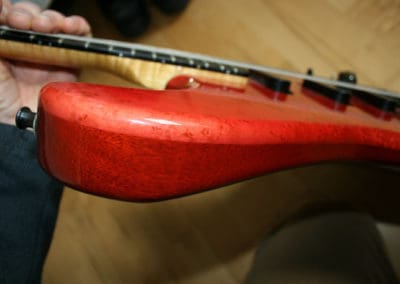 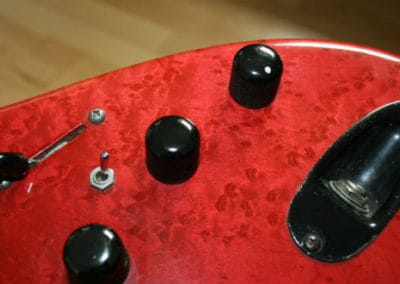 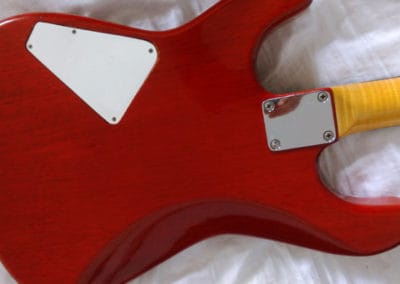 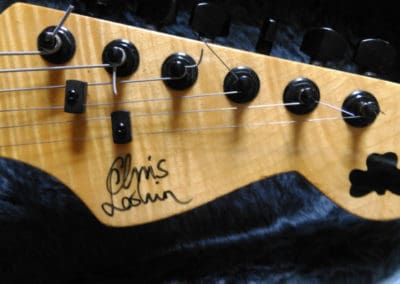 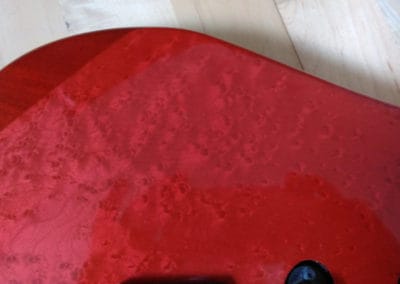 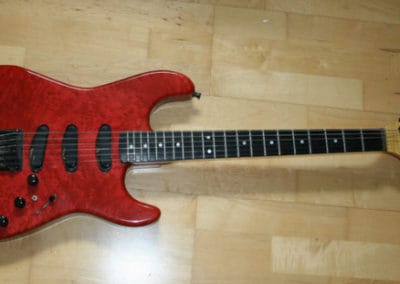 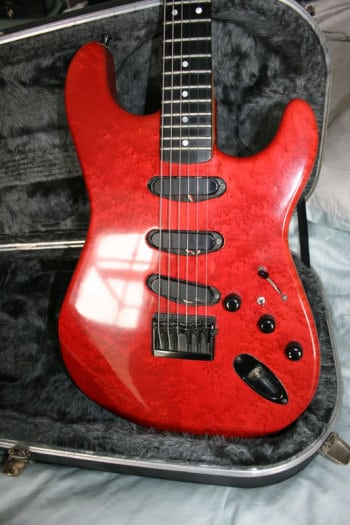 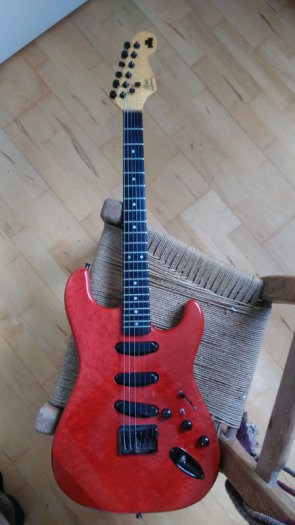