I was introduced to Chris’ instruments at Muskhaus Öllerer in Freilassing. Andy Pirchner who owns a couple of Larkins himself had a few of Chris’s guitars and basses in the shop during the 1990s and early 2000s to be tested, purchased or ordered. I didn’t have the money to buy one back then.

In 2006 I was on a holiday trip through Ireland and I visited Chris in Castlegregory. He was very delighted. He took me on a tour through his workshop, we chatted about guitars and in his storage room he had a Razer guitar from 1986 – the last one. He had built it for a roadshow in London and used it as a testbed since. I asked him if he would sell it and we had a deal. Chris sent the guitar over to Austria and Andy Pirchner had a suitable case for her. I use her together with a Fender Stratocaster in my band Cant Beat.

My wife and myself also visited Syra’s workshop and purchased one of her paintings. 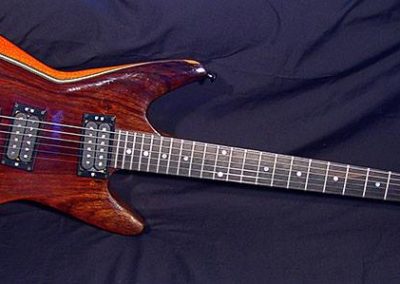 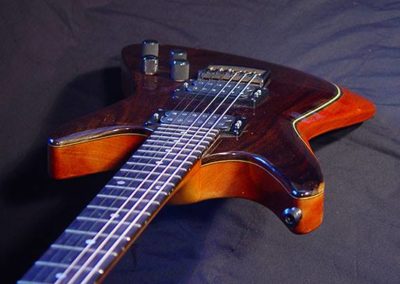 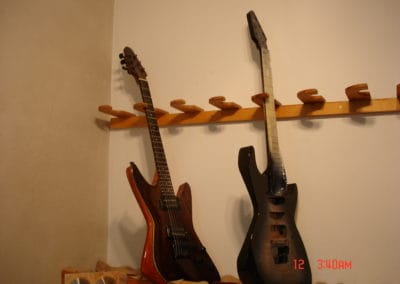 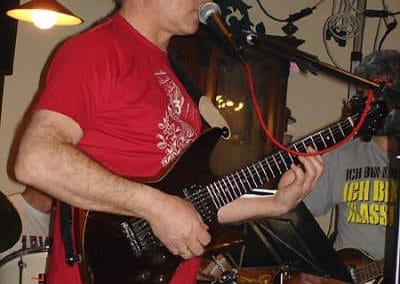 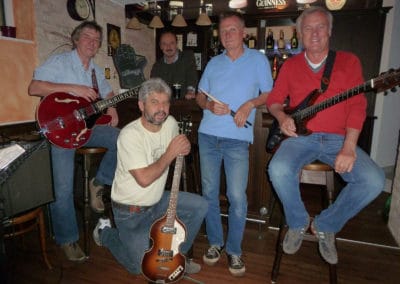 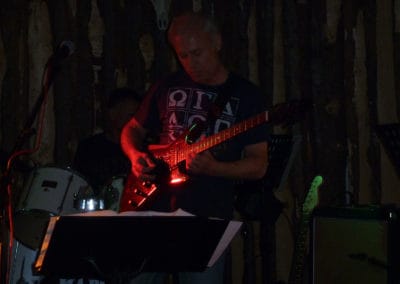