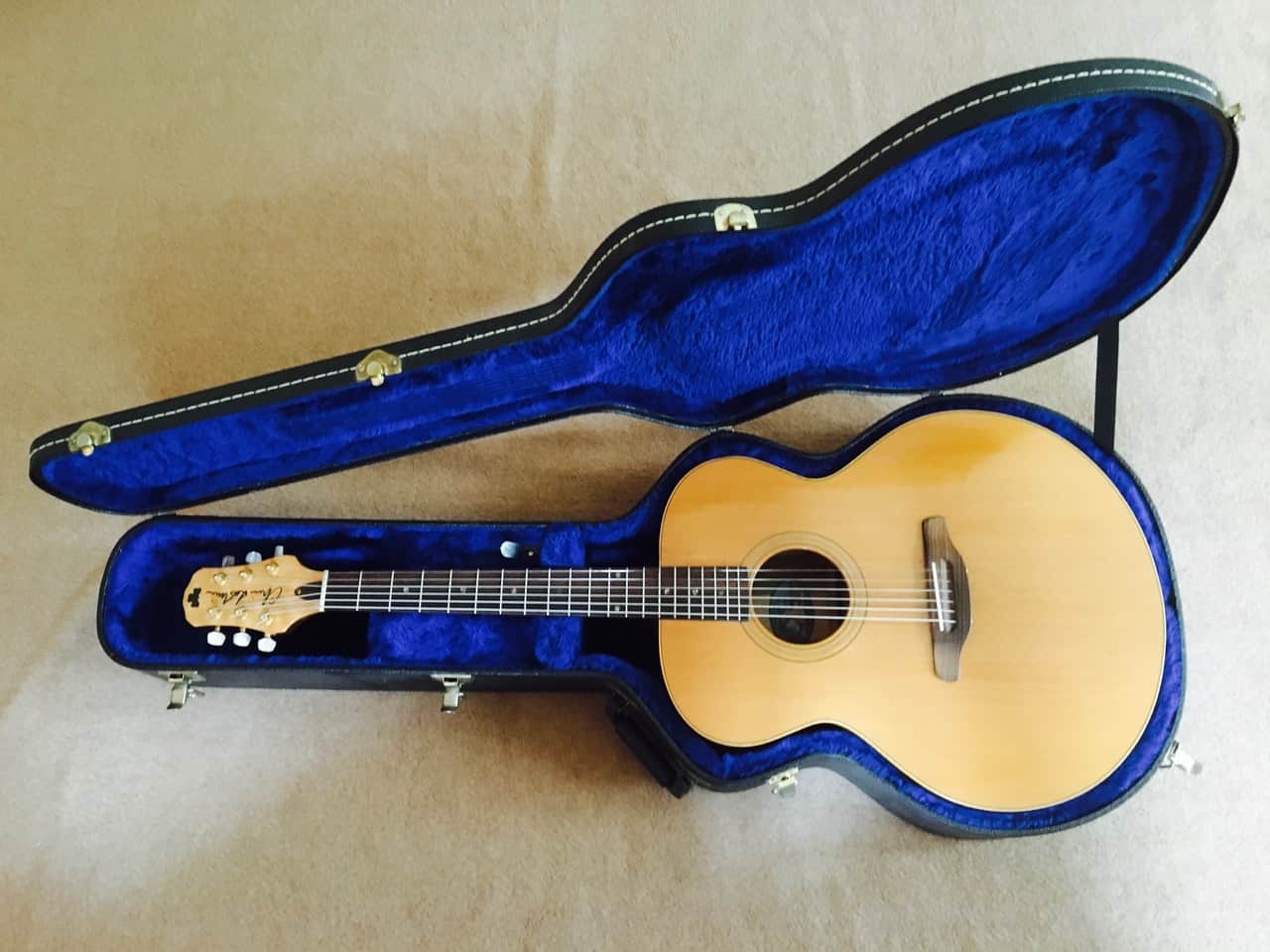 I bought my Jumbo ASAP 1998 by a friend of Chris Larkin, who sold Larkin – guitars in Switzerland.
I could test the guitar during one month in my studio and at home. With its warm basses, the brilliant trebles, a good balanced sound, and last but not least, a very comfortable play and optimal action, the guitar was one of the best ones I ever played since then. So I decided for a purchase.
I played the guitar for a few years during studio and live performances.

Here an interesting story about:

After a few years, the guitar began to buzz in some frets, depending of the season. To avoid buzz, sometimes I had to play more gently in correspondence of the involved frets.
A journey to Ireland was planned for the next summer, so I waited and decided not to bring the guitar to my local luthier workshop. I wrote Chris a mail, asking him if he supposed to be at home during my visit in Ireland, and if he could take a look to the guitar and eventually repair it.
Of course – said he – just come along! I’m always happy to know personally the musicians who play my guitars!
So, in August 2005 me and my wife went to Chris’s workshop in Castelgregory. We spent a very nice afternoon with him and his wife, the paintress Syra Larkin, drinking tea and having “some liquid meal” as Chris used to call irish beer.
After a short talk, Chris took my guitar out of the case, checked all frets, all strings, and… what a wonder! No more buzz, nothing at all! Each note sounded clean and perfect. Chris asked me then to play the guitar. Maybe I could have a harder way to play, that can be very individual and may change from player to player, but also in my hands, the guitar sounded perfectly. No buzz at all!
Then I asked him slightly grinning, if it is similar as by the dentist, when the pain is often like blown away, even before the treatment. In this case it seemed to me, as the guitar would have frightened when touched by its builder.
No, said Chris, casting all my doubts away. The dry climate in Switzerland may probably be the cause of that misfunction. As soon the guitar is in a humid climate as the one in Irland, it comes itself to its proper condition.
So he suggested me to place a suitable guitar humidifier sponge in the sound hole, to preserve constant humidity.
Since then the problem didn’t occur anymore.
I use now the guitar in baritone tuning: BF#DAEB, with gauge .016/.020p/.034/.044/.056/.068 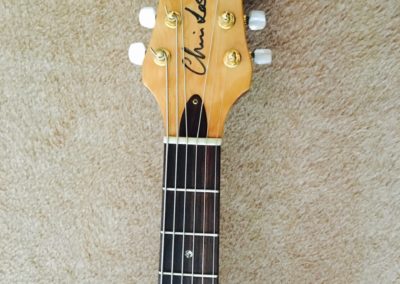 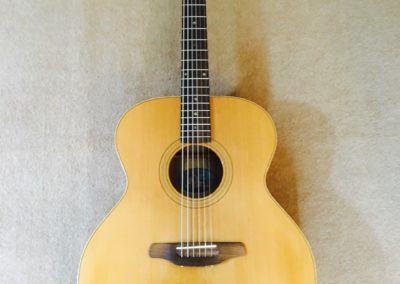 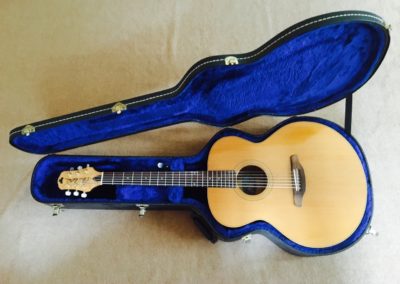 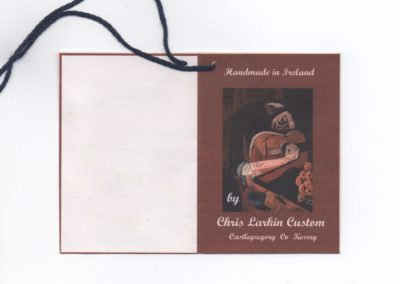 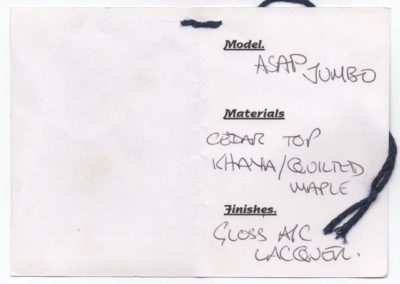 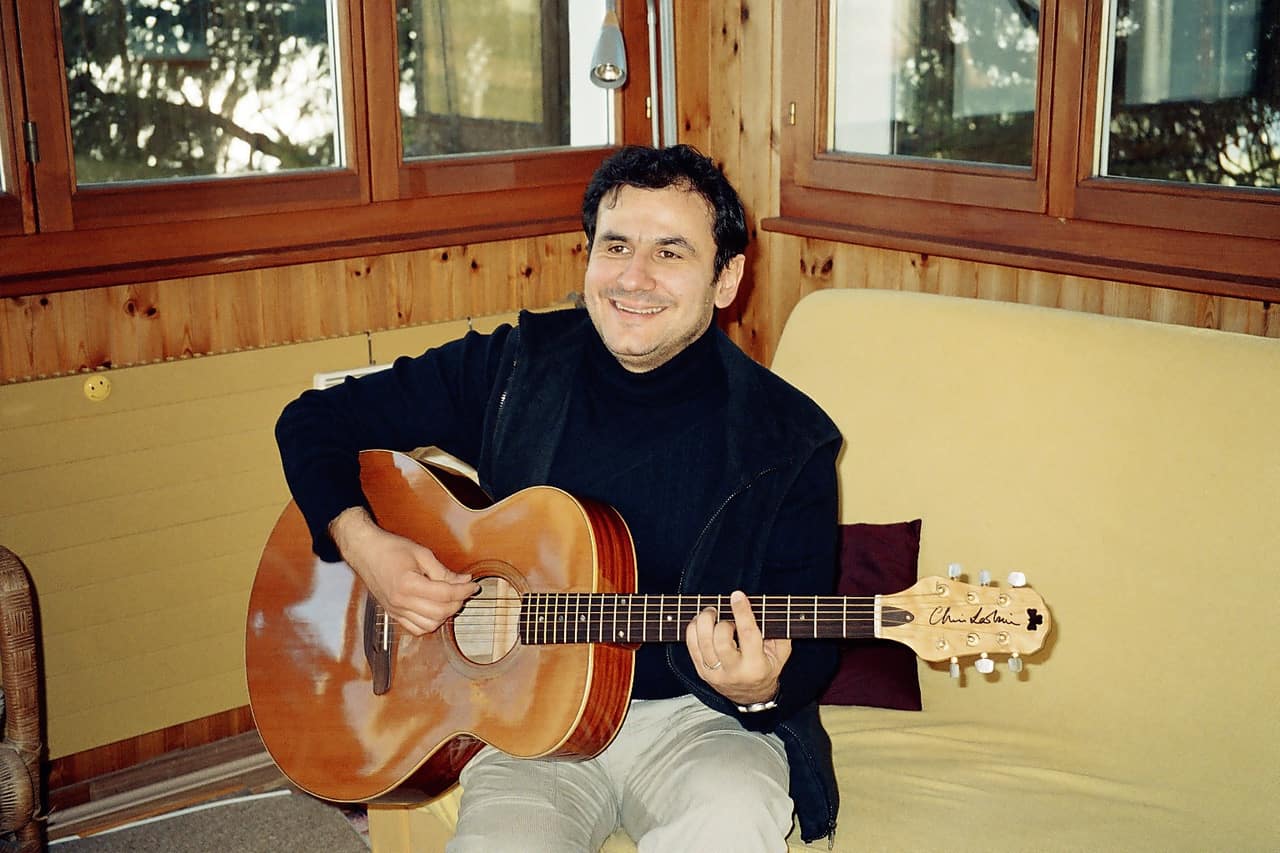