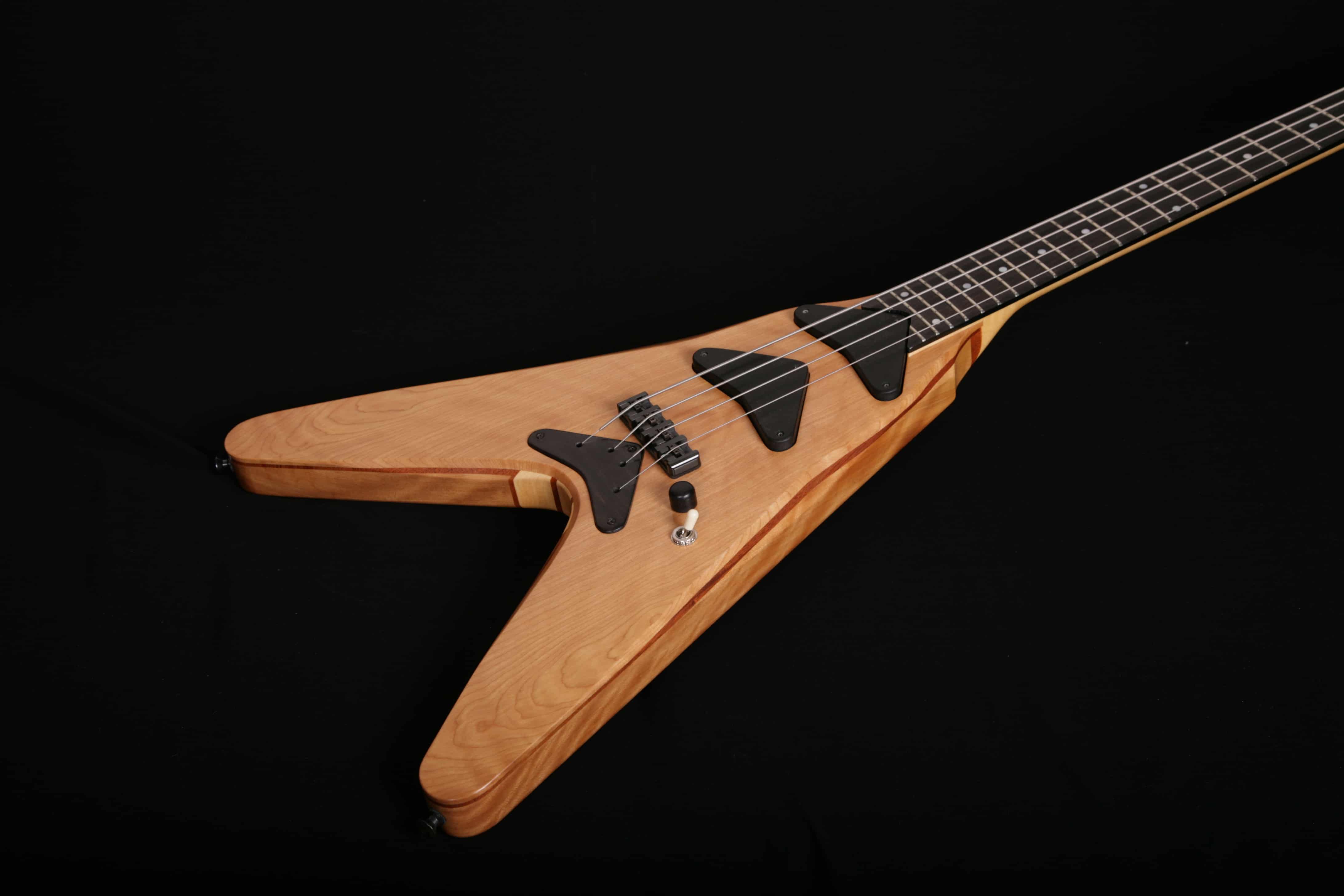 The Vee II Bass was inspired by Gibson’s V2 guitar, with a similar pickup shape and body shapings. I did some design ideas in late 2008, early 2009. I started talking about the bass with Chris in February 2009 and by August 2009 I got the first conspec. By December the basic construction was altered from a set neck to a neck-through construction, due to strength concerns. Aaron Armstrong was late with delivering pickups due to marriage. Body timber of the wings is yellow birch as is overlay timber.

The bass was finished in Febuary 2010 and collected in March 2010. The flightcase was handmade by myself and the accountant at the check-in on my way up to Eire asked me if I’m aware that the case is empty. I arrived around midnight in Dublin drove through the night and the iconic pic of James Kennedy and Chris was shot on the same day.

The Vee II bass was first used for recording in April 2010 and is featured in a music-video of the recordings. 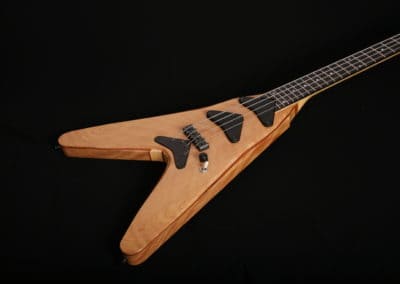 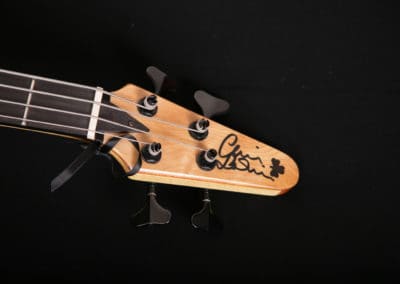 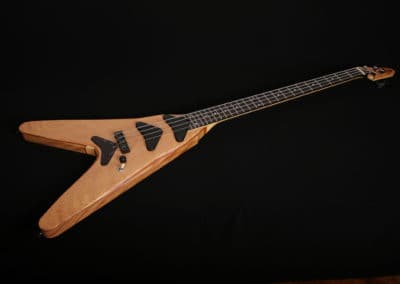 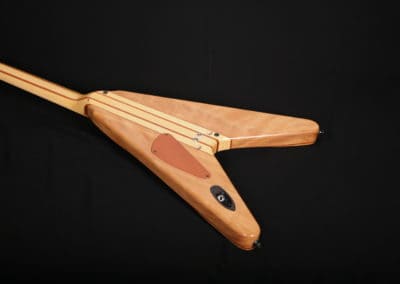 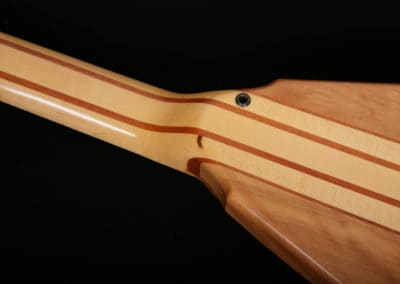 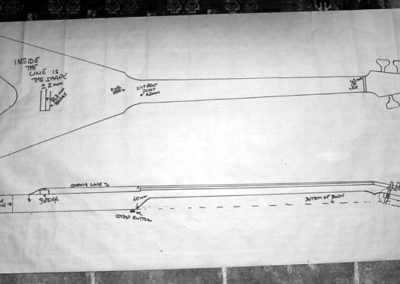 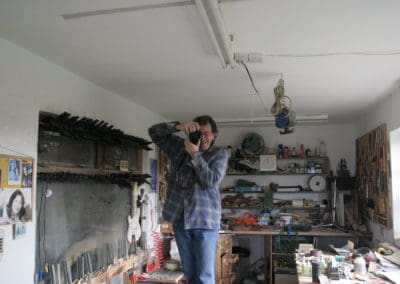 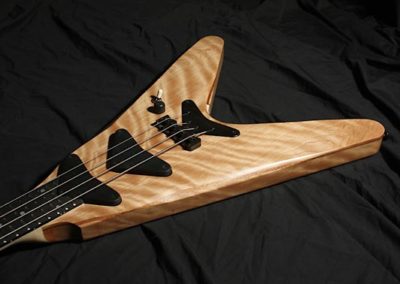 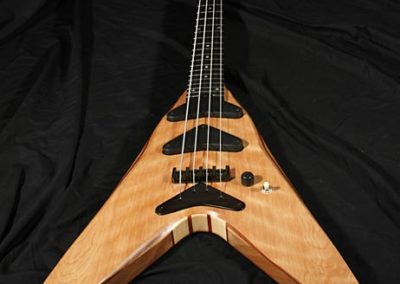 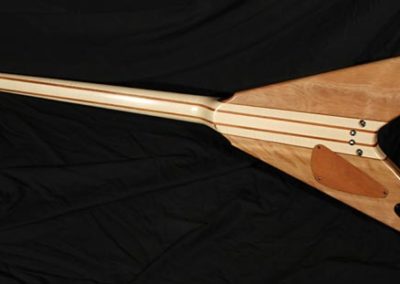 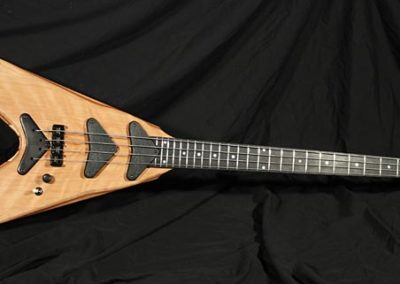 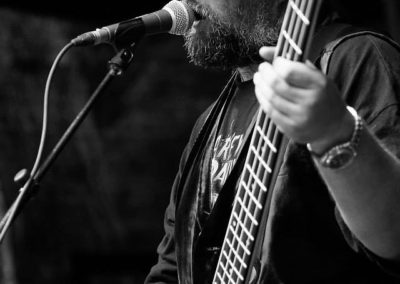 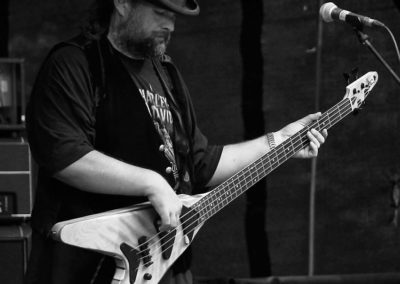 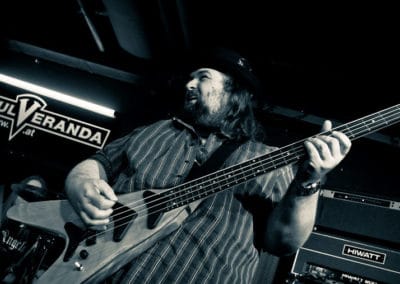 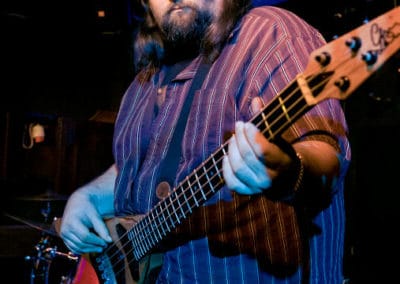 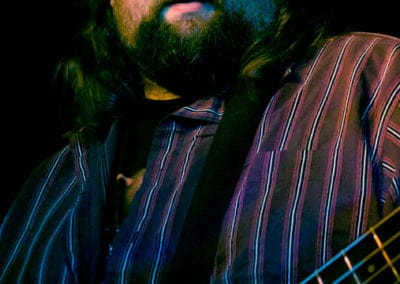 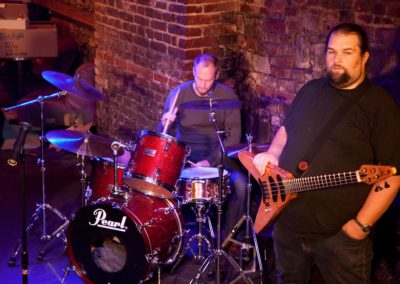