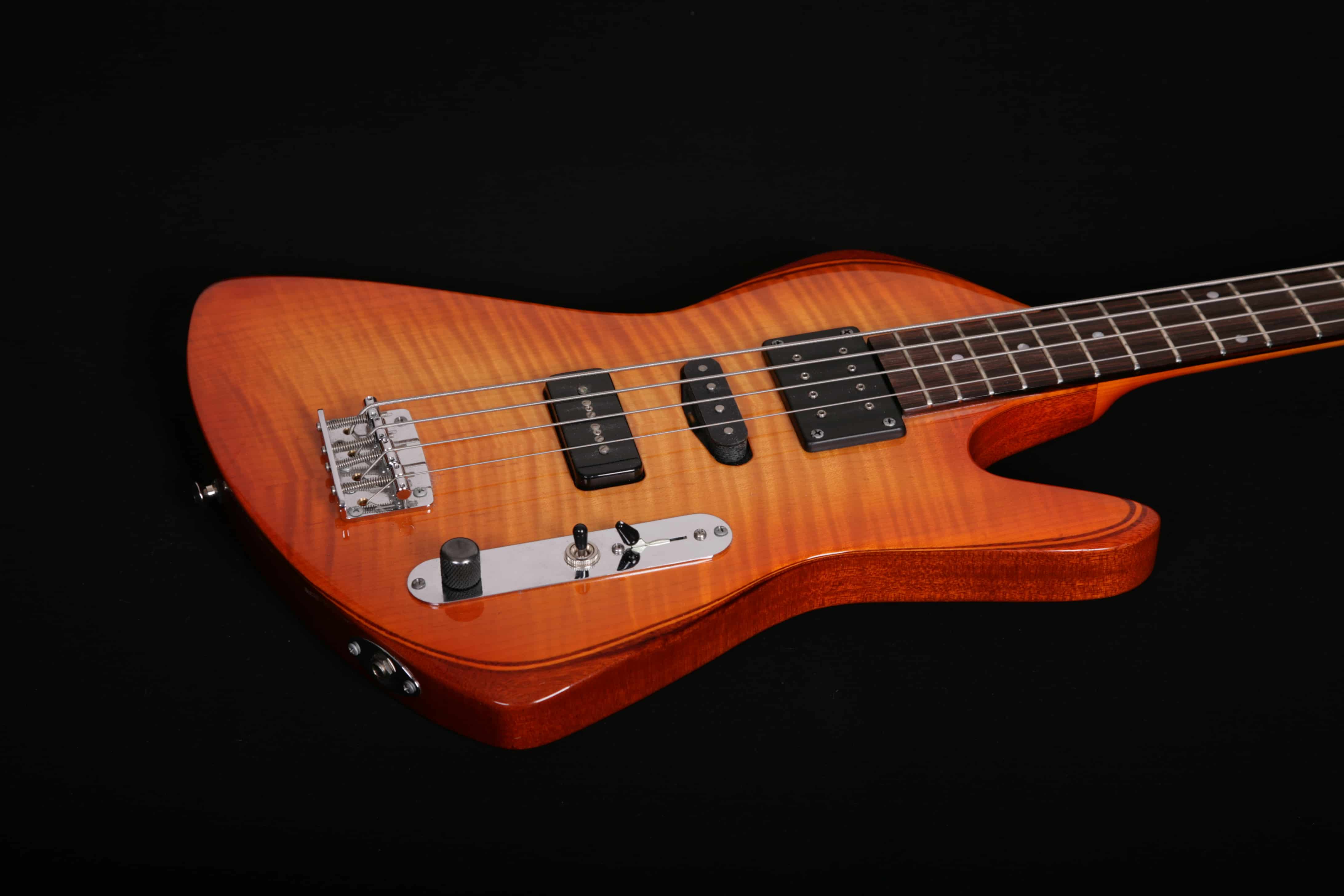 The Razerbird design is a merge of a Thunderbird shape and some elements of Chris’s 80ies Razer design. I did some cutting in pieces and putting back together in Photoshop early in 2007. I sent it over to Chris and he made the bass to my specs. Started in August 2007 and finished on October 11th 2007. I organized shipping through Kühne & Nagel but TNT did the actual shipping. I collected the bass from TNTs airport shed and was never charged for shipping. I took the Razerbird to a rehearsal with El Fisher right from pick up. It was baptized with a few drops of Red Breast Irish whiskey during a Stranzinger rehearsal. This is my main bass in Stranzinger since then.

The Razerbird got a three pickup layout – DiMarzio Model One at the neck, 50ies-style P-Bass single coil in the middle and a Kent Armstrong P90 at bridge. It originally came with a Tele-style toggle switch for Model One and P90, Volume, Tone and a Blend to blend from switch to P-Bass pickup. Tone control was removed shortly after delivery and the Blend changed to a 3-way rotary switch. The rotary switch was replaced by a Les Paul-style toggle switch later. 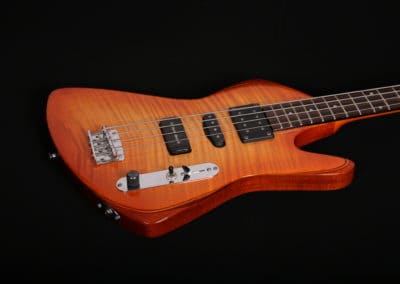 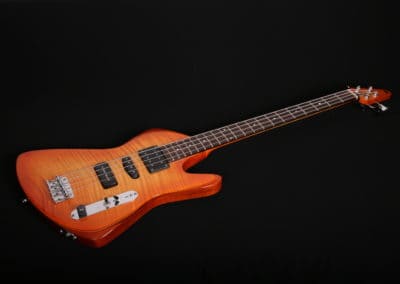 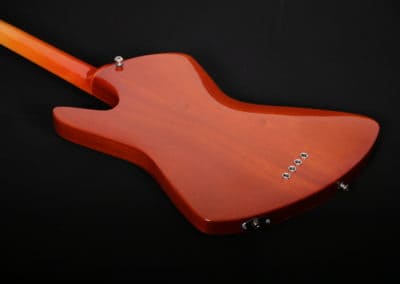 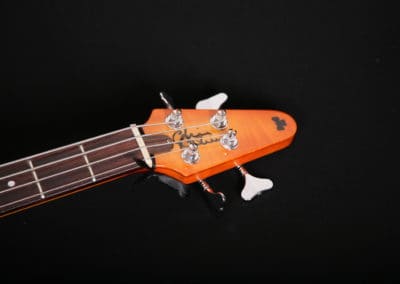 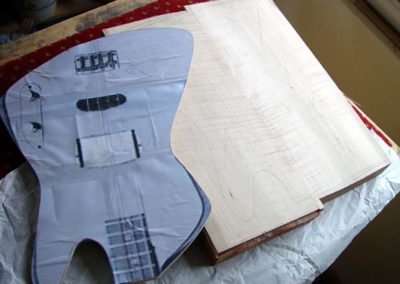 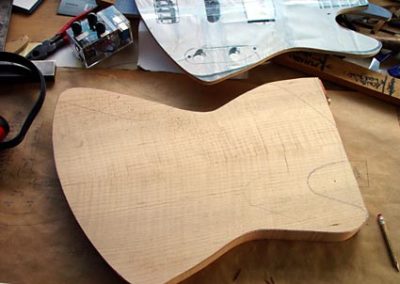 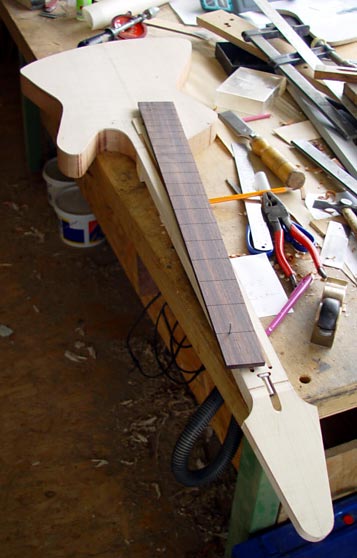 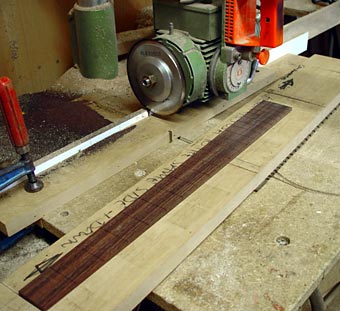 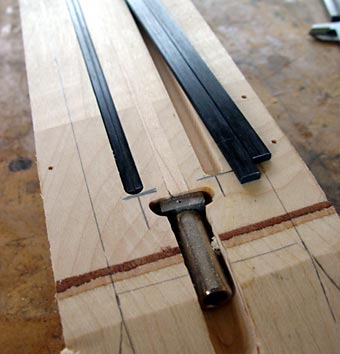 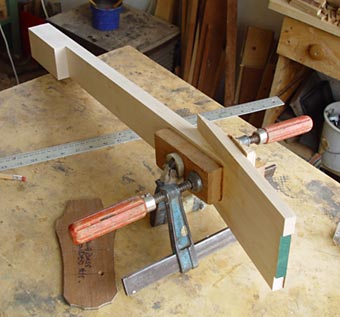 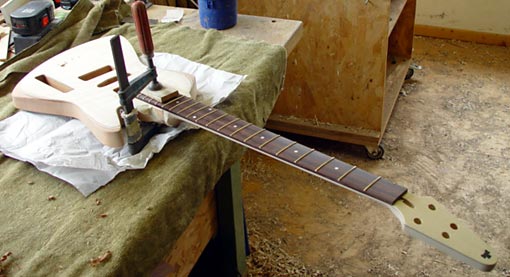 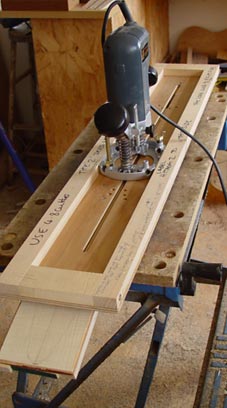 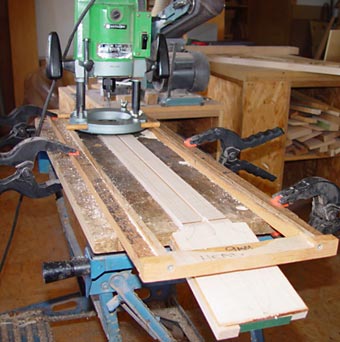 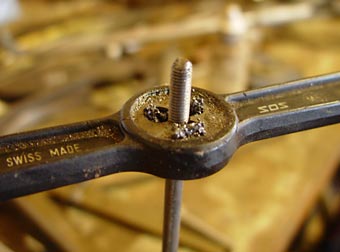 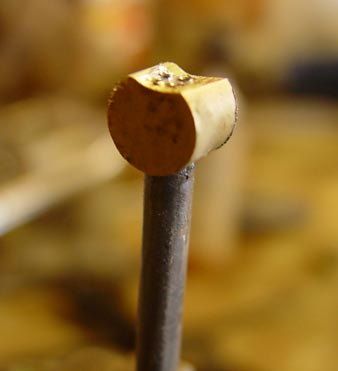 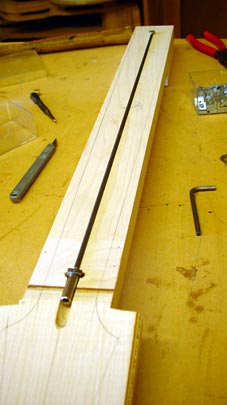 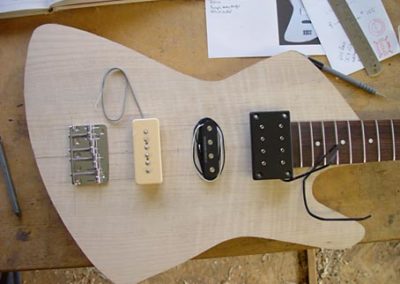 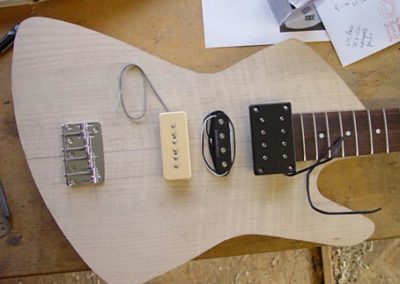 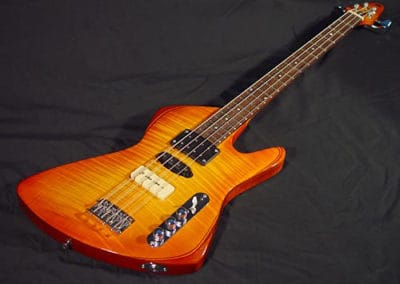 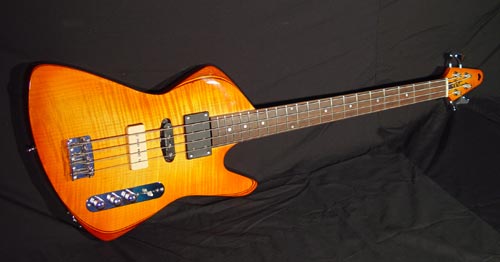 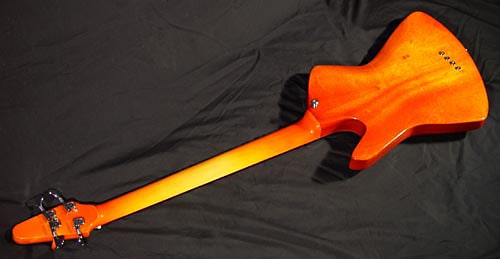 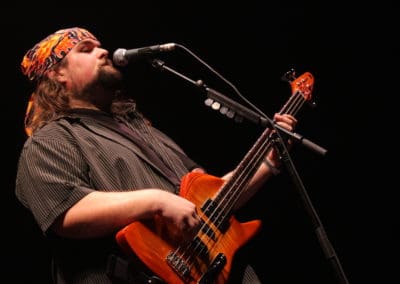 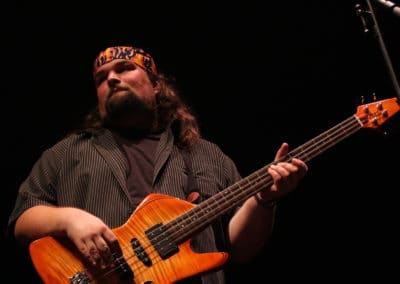 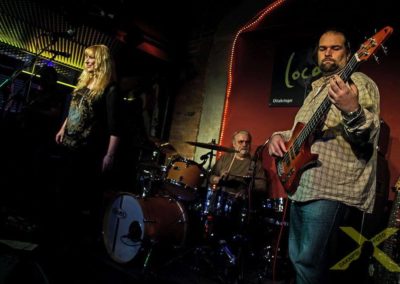 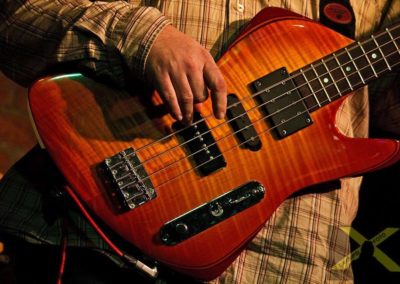 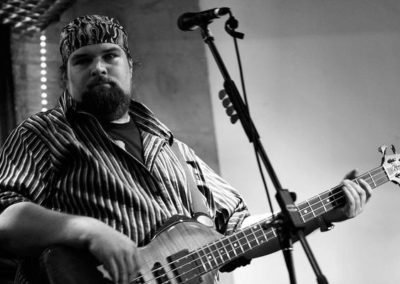 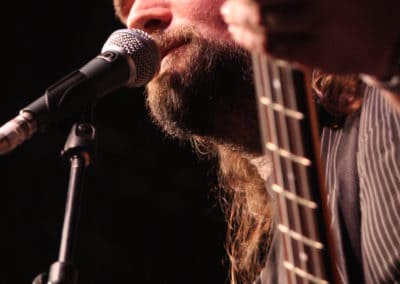 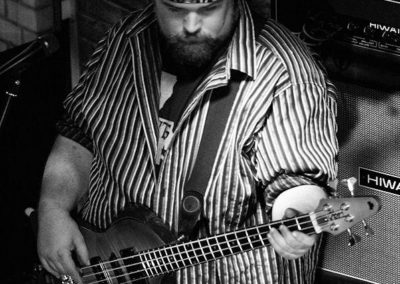 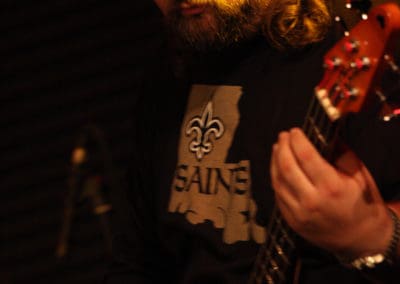