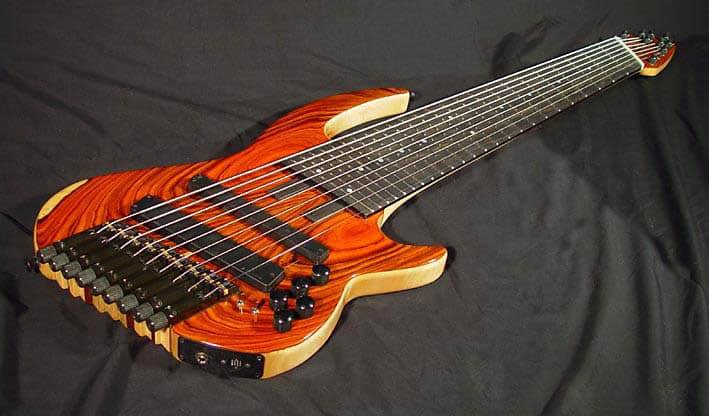 Actually the drawings for this one and the drawing for the 8 string that was made ten years later was made at the same time. Chris made the templates and sent them to me. I made a few adjustments and sent them back to Chris. I located the top for the 9 string on the web, bought it and had it sent to Chris. The fingerboard is fanned fret 35″ to 32″. Pick ups Delano and RMC piezo saddles with midi option in bridge.

What Chris said about this one

This is rather special. Freddy’s 9 string, fan fretted bass with MIDI. Making this probably caused me more headaches than anything else I have tackled – there were so many problems to overcome. Fitting all the necessary circuitry into the bass was impossible so the 3 band EQ was mounted in it’s own off board walnut box. Pickups were custom made by Delano, the tuner bridges with RMC pickups were heavily modified my me, the top wood is spectacular the back wood has wings of Irish sycamore. Original, weird but wonderful and Freddy Samsonstuen is an incredible player – look him up! 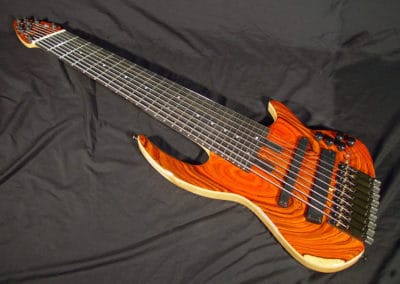 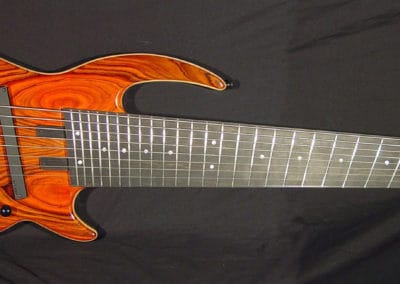 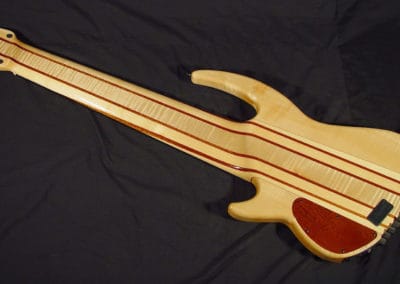 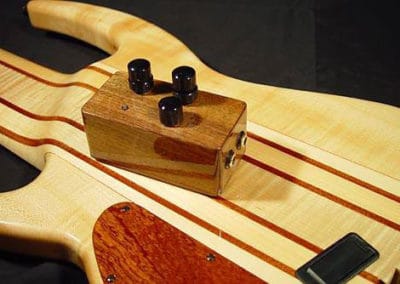